The art of asking the right questions 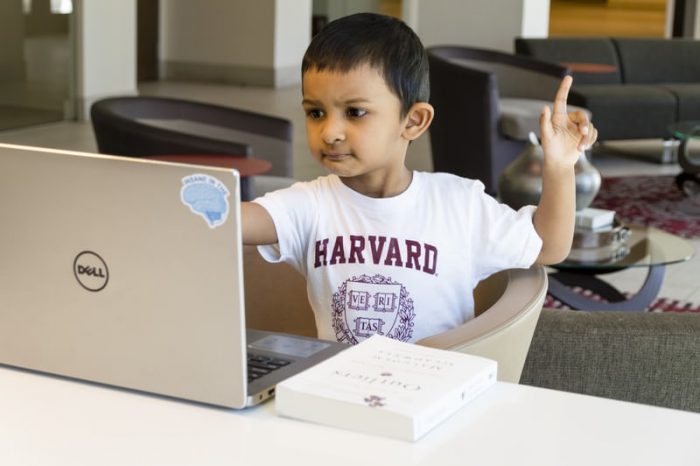 00:00 The idea that questions are becoming more valuable than answers, it seems kind of counterintuitive, but it’s actually an idea that’s being really embraced these days in Silicon Valley and other areas and other centers of innovation.

00:25 And the reason why is if you look at a lot of the innovations and breakthroughs today and you trace them back as I did in my research to their origin, a lot of times what you find at the root of it all is a great question, a beautiful question.

00:40 A great definition I saw for questioning is that questioning enables us to organize our thinking around what we don’t know.

00:49 So, in a time when so much knowledge is all around us, answers are at our fingertips, we really need great questions in order to be able to know what to do with all that information and find out way to the next answer.

01:03 HOPE JAHREN: The real joy for me is that I can take things that are already familiar to you and by sharing the story of how I’ve learned to look at them you can see those things you’ve been seeing a little differently.

01:15 So I talk about curiosity driven research as questions that we try to answer.
01:22 why is that tree growing successfully in that place, but never in that place?

01:32 It’s the kind of question a little kid could come up with.

01:36 Now, buried in the answer might be something that could give us better fruit someday that we can sell in the marketplace and feed hungry people with.

01:48 But that result, that application to growing food for people is buried several steps below that answer.

02:05 And we call that the curiosity driven piece because that answer will be basically turned over to other experts who know how that might play out into something that is important for the marketplace.

02:21 But there’s no substitute for that first step, for that little kid question.

02:26 A four-year-old girl is asking as much as 300 questions a day and when kids go into school you see this steady decline that happens as they go through the grade levels to the point where questioning in schools by junior high school is almost at zero.

02:46 There are a lot of reasons why questioning declines as we get older, but one of the key issues is that in schools we really value the answers and there is almost no value placed on asking a good question.

03:04 In fact, the teachers now are so stressed to teach to the test and to cover so much material that they really can’t even entertain a lot of questions even if they want to.

03:17 So it becomes a real problem in our school system, in our education system.

03:21 I think people are starting to address it, try to deal with it.

03:26 In my research I found a number of teachers, schools that are trying to place more emphasis on questioning.

03:31 JONATHON KEATS: I often start any project by asking a naïve question.

03:38 So naïve that most likely you ask these sorts of questions when you were a child, but at a certain age you learn that these were not appropriate.

03:48 Or even if you ask them to yourself you never really followed through to try to see what would happen if you were to do something that was kind of patently absurd.

03:59 But we can still for our own sake, the back of our mind, ask those sorts of questions and let them play out.

04:33 BERGER: You have someone asking why isn’t someone doing this?

04:39 I found that questions are often at the root of innovation and that’s why in Silicon Valley these days they’re actually saying questions are the new answers.

04:50 But at the same time it’s important to note that questions aren’t just important to innovators or tech people.

04:59 They’re a survival skill for all of us and that becomes even more true in a time of dynamic change.

05:12 We have to deal with change, uncertainty and questioning is the tool, or one of the primary tools that lets you do that.

05:21 TIM FERRISS: We are social creatures, hierarchical creatures and we don’t want to shame ourselves, humiliate ourselves.

05:28 But, recognizing that by zigging when everyone else is zagging with that particular context you can actually develop a superpower and that is asking dumb questions.

05:39 This came up repeatedly when I was interviewing incredible performers, world class performers meaning investors, entrepreneurs, writers, you name it for “”Tools of Titans””, the new book.

05:53 And asking dumb questions can take many forms.

06:01 He learned that from his father who is a mathematician, had no intellectual insecurities whatsoever.

06:06 Just did not care about looking stupid.

06:09 And he would constantly ask or he would first say I don’t understand.

06:23 If you look across all of the icons, titans, world class performers that I’ve interviewed in the wealthy section.

06:31 If we’re dividing them into healthy, wealthy and wise we look at the business side of things.

06:37 One of the most common patterns that you spot is absurd questions and the power of the absurd question is really something that I’ve paid a lot of attention to in the last few years.

06:50 Those types of questions I think are whether it’s 10X thinking, 100X, however you frame that could also be a constraint.

06:59 For instance, if you had to accomplish all of your work or grow your company 2X while working two hours a week.

07:06 If you had a gun against your head, how would you attempt to do that.

07:10 These type of absurd questions don’t allow you to use your default frameworks for solutions.

07:17 They don’t allow you to use your base of current assumptions to come up with answers.

07:23 It forces you to break some of the boundaries on the sphere of comfort that you’ve created for yourself and that is what makes them, I think, in a way so powerful.

07:34 And these are not questions, by the way, I think are valuable if you ponder them for ten seconds and go hmm, yeah, maybe I would do this and then move on with your day.

07:45 think that journaling as an adjunct to asking these questions is very, very important.

07:50 So I will sit down very often in the morning, one of my rituals also borrowed from a lot of these people is morning journaling of some type.

07:57 And I tend to use either Morning Pages, 5-Minute Journal or just a separate type of freehand sort of goal dissection.

08:05 This would be a case where I would ask one of those questions and I would write freehand for say three to five pages and drink some tea as I’m doing it.

08:14 And that is when you will not only come up with interesting ideas, and there might be 90 percent garbage but if you have 10 percent that leads you in an interesting direction that could completely revolutionize your business or your life if you take that seed and do something with it.

08:34 The asking of dumb questions can certainly apply to exploring any topic or interviewing. So Alex Bloomberg who is cofounder of Gimlet Media which has a slew of gigantic podcast hits, just a factory for podcasts, blockbusters.

08:54 He was the co-creator of Planet Money which is a very successful radio and podcast show.

09:00 And, for instance, during the subprime economic crisis he asked the question that no one else seemed to be asking, but it was just sitting right in front of millions of people who couldn’t quite figure out what the hell happened.

09:16 And it was why would banks lend money to people who stand next to no chance of paying it back.

09:24 And so very often the dumb question that is sitting right there that no one seems to be asking is the smartest question you can ask.

09:33 Not only is it the smartest, most incisive, but if you want to ask it and you’re reasonably smart, I guarantee you there are other people who want to ask it but are just embarrassed to do so.

09:43 And in this case if you can override that embarrassment and be the one who asks dumb questions you can end up having bestselling books.

09:50 You can end up having a huge blockbuster of a podcast or many.

09:59 In a world that is governed by shame and perhaps political correctness, more and more so people are not saying what’s on their mind.

10:10 And the questions here are the most powerful.