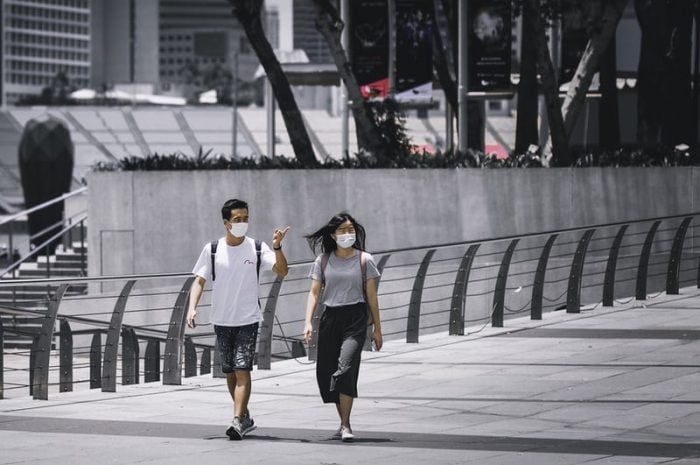 00:01 Countries around the world have shut down to curb the spread of the coronavirus.

00:06 But in South Korea, people are starting to come back out on the streets.

00:18 With over 5,000 infected, they were registering some of the highest numbers of confirmed cases in the world.

00:28 While cases in most other countries continued to rise, Korea’s numbers started leveling off.

00:36 It indicates that Korea managed to contain the spread of the virus early on.

00:41 And they were able to do it because they’d learned a valuable lesson a few years ago, when they fought a different coronavirus outbreak.

01:00 The government was caught completely off guard.

01:03 Authorities are still trying to track down and isolate anyone who may have been exposed.

01:08 In 2015 a Korean businessman returning from the Middle East developed a fever, cough, and eventually pneumonia.

01:16 He went to several health facilities for a diagnosis, before finally testing positive for MERS or Middle East Respiratory Syndrome caused by a coronavirus.

01:29 By that point his movements had created a chain of transmission that became hard for officials to trace.

01:35 They didn’t know who was infected or where they had been.

01:51 The highest of anywhere outside the Middle East.

02:16 The lessons all came into play when the next outbreak took hold in the country.

02:30 In the following weeks, as the outbreak started spreading across the world, South Korea only had 30 confirmed cases of the virus.

02:37 But despite the low numbers, health authorities had already started working with biotech companies to develop a test for the novel coronavirus.

02:46 And soon, they had thousands of test kits ready to go.

03:03 They prepared for the worst, and the worst quickly followed.

03:14 This made South Korea’s outbreak the largest outside of mainland China.

03:19 And it all started here in Daegu, where a woman went to the hospital with a fever.

03:28 Because the government had already equipped hospitals with coronavirus tests, doctors were able to test her.

03:34 She tested positive and became known as patient 31.

03:40 While she was sick, patient 31, had gone to a megachurch where she sat with a congregation of hundreds for more than an hour.

03:47 So they traced her movements, identified people she had come into contact with and tested those people as well, whether they showed symptoms or not.

03:57 Many of them also tested positive.

04:00 So they were quickly isolated and treated at home or at a center.

04:04 And then, all the people they had been in contact with were traced and tested too.

04:13 It’s an approach that allowed Korea to test over 9,000 people who had been in contact with someone who had tested positive.

04:22 After Daegu, Korea ramped up testing around the country.

04:26 Private and national healthcare systems joined forces to set up a mostly free testing effort that includes more than 600 locations that screen as many as 20,000 people per day.

04:38 Through this system, when anyone tests positive, the government is able to test and trace their contacts to continue to break the transmission chains of the coronavirus on a large scale.

04:52 But that’s just the human to human transmission, the infected person may have moved through the city, touching subway poles and door handles.

05:00 And South Korea had prepared for this too.

05:03 After the MERS outbreak, when they weren’t able to trace the movements of the virus, Korea changed the law allowing the government to collect a patient’s data and security footage during an outbreak.

05:14 All their steps are logged and then shared to alert people to stay away from the path of infection.

05:35 Websites and private apps compile the information allowing everyone to see if a person with a confirmed case of coronavirus went to a pharmacy or the hospital, or anywhere else.

05:46 and they’ll know how recently they went too.

05:48 It’s a eans of checking the possibility of infection.

05:51 Citize s are checking the coronavirus locations and are avoiding going to these areas.

05:56 This information lets people know if they’ve crossed paths with an infected person so they can go get tested for the virus.

06:06 Tracing people’s every move can be controversial but many in South Korea prioritize public health over privacy in an outbreak.

06:25 As a result, South Korea was able to test hundreds of thousands of people, more than any other country at the time.

06:33 And this made it easier for authorities to see the virus.

06:36 To see where it’s located and where it may be lurking.

06:39 This ability to find and treat infected people has allowed Korea to avoid aggressive lockdowns.

06:46 And it’s helped bend the curve of the outbreak that started out dangerously steep.

06:52 For now, Korea has turned a corner, but they continue to be prepared.

07:06 It’s that kind of vigilance that has set Korea apart in the coronavirus pandemic.

07:11 But it wasn’t the only place to test people aggressively.

07:14 Singapore, Taiwan, and other neighbors saw the benefits of widespread testing too.

07:19 Now countries like Germany and the UK are starting to implement aggressive testing.

07:24 And even the US, where the government has failed to provide adequate testing, is now scrambling to test more people.

07:30 We know that we have to do more and we continue to accelerate in testing.

07:35 Korea’s strategy of contact tracing might not be easy to replicate in countries with much larger populations.

07:42 But the country’s success with widespread testing, still offers a way out for most countries that are stuck in lockdowns.