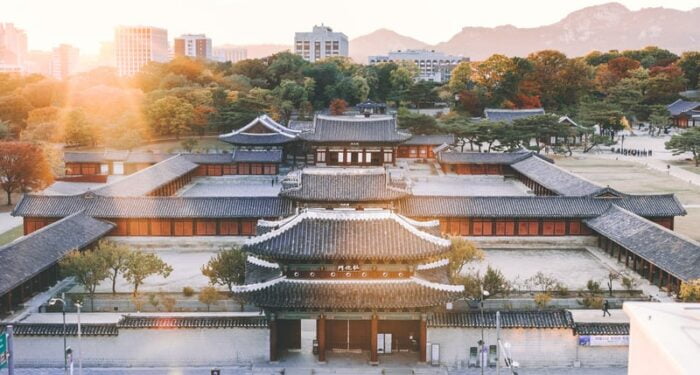 00:02 Nearly 200 000 people in south korea’s Gyeonggi province are part of a radical experiment.

00:12 They receive about 220 every three months no questions asked.

00:22 Gyeonggi Pay is a cash payout based on a concept called universal basic income where citizens regardless of employment or income are indefinitely given a sum of money to help reduce inequality and poverty.

00:33 Universal basic income has different names and the idea has been floated in other countries.

00:44 During the coronavirus pandemic Gyongi pay was expanded to 13 million people in the province including newborns to help them ride out the economic slowdown and there was one catch

00:54 People had to spend the money only in their neighborhoods to help stimulate the local economy.

00:59 The popularity of the local program during the pandemic has now drawn attention at the national level and there’s another big reason south korea is one of the most automated countries in the world and about 15 percent of jobs in the country are projected to be automated by 2024.

01:15 so some politicians especially in the manufacturing hub of Gyongi want to give all citizens about 430 dollars every month to help prepare for a future with robots.

01:40 It gives 24 year olds in Gyeonggi province 250 dollars every quarter to help them get started in life this money has allowed Myunga to quit several part-time jobs and focus on finishing her bachelor’s degree

01:52 Gyonggi Pay comes in the form of a credit card and Myunga has to spend each round of money locally before the next payout

01:59 She can’t buy things in the town next door or at chains like mcdonald’s

02:14 Myunga’s spending has a trickle-down effect on businesses like this traditional market

02:19 Echunghua is a fish seller and he says Gyeonggi Pay has helped bring in new customers.

02:33 He says March was a tough month as the country was just emerging from the first wave of the pandemic and fewer people came to shop

02:52 The next month Gyeonggi Pay credit cards were made available to 13 million people.

03:00 and the program was complemented with additional coronavirus stimulus payments.

03:09 Businesses that accepted Gyeonggi Pay saw their sales increase by about 45 percent

03:18 Each transaction is funneled back to Gyeonggi government headquarters where officials sift through data to see how every penny is spent.

03:25 Gyeonggi governor Lee JeMyong says data collection is critical to fine-tuning the program because how else would he know if the money was actually lifting the local economy.

03:48 This raises a privacy concern especially if it’s done by the government.

03:51 Ioana Marinescu is a professor at the university of pennsylvania and she studies the economic impact of universal basic income programs.

03:59 If you’re being tracked that means that the government you know potentially you know in a bad case scenario might use that to exercise political influence

04:10 and so there’s all these different aspects how you know other benefits might be taken away from you you might be put under pressure to do certain things politically.

04:19 The Gyeonggi government said that it asks permission to collect data when people register for their credit cards online.

04:26 It also said it only analyzes aggregated data and not individual data points.

04:31 Marinescu says telling people where they can spend money sounds like an efficient way to boost local consumption

04:36 but this policy has a loophole money is fungible and that what they’re able to spend locally that means they’re saving on whatever other money they have and that other money they can spend it on non-local or non-eligible types of goods and services.

04:53 Governor Lee is using the success of Gyeonggi Pay as a pitch for the 2022 presidential election and he’s now leading in the polls.

05:01 He’s proposing to give about 430 dollars every month to all south koreans to make sure the country isn’t caught off guard by job losses to automation.

05:09 This plan is personal because his province is a manufacturing base for major South Korean companies like Samsung and Hyundai.

05:33 There will be fewer and fewer jobs that a robot cannot do better.

05:38 Universal basic income has also been championed by tech entrepreneurs who believe automation will replace workers and unlike unemployment benefits that run out over time,

05:47 these payments would be a stable flow of income.

05:50 The governor’s program would cost the country roughly 260 billion dollars a year

05:55 and he plans to partly fund it through what he calls a robot tax.

05:59 Essentially a levy on factories that have automated their production.

06:03 Some opponents who think a national program is too expensive say money should not be spent on people who don’t need any help

06:09 but governor lee says all tax-paying citizens should be included.

06:26 According to a june survey nearly 50 of South koreans are in favor of a national universal basic income program

06:32 and they will have a chance to send a message to the government during the next presidential election.