The British Museum is full of stolen artifacts 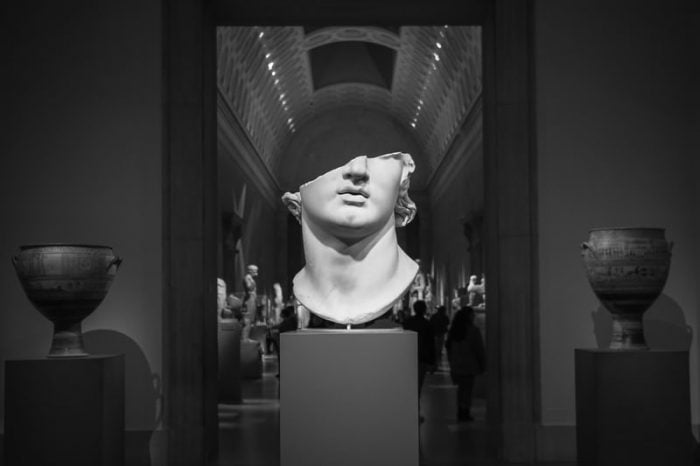 00:03 It’s the world’s largest world history museum and it draws millions of visitors every year.

00:09 Inside, it holds more than 8 million cultural and historical artifacts from all over the world which cover 2 million years of human history.

00:25 Like this Easter Island sculpture that’s about a thousand years old.

00:28 Or this bronze sculpture of the Hindu God Shiva.

00:35 But there’s a problem hidden in the museum, and we can see an example of it along this route.

00:44 Out of those 12 pieces, nearly half have disputed ownership.

00:48 The British Museum claims those pieces belong there, on display for the world to see.

00:54 But in recent years, many have been fighting to get them back to where they came from.

00:59 “The list of disputed museum treasures keeps on growing”

01:03 “Should cultural artifacts be returned to their home countries or be left in western museums?”

01:08 “The subject of intense debate as to who should now own them”

01:17 In the late 1600s, the British Empire began expanding across several continents.

01:22 It became the largest empire in history, controlling about a quarter of the world’s land and population.

01:31 During its centuries-long rule, the empire took precious resources and wealth from countries all around the world, Including thousands of cultural and historical artifacts.

01:42 Many of which ended up here, in the British Museum which was founded in 1753 and kept growing to accommodate all the new pieces in its collection.

01:52 Lots of the items in the museum were legally acquired and are completely undisputed, like this one.

02:04 The problem is with the pieces that are disputed.

02:11 The Rosetta Stone, taken by British troops from the French in what is now Egypt.

02:16 Or further in, the Parthenon Sculptures.

02:20 Removed from the acropolis in Athens by a British Lord, and sent to the British Museum.

02:27 On the floor dedicated to African Art.

02:32 Some of the most contentious items in the museum.

02:36 The Benin Bronzes are kind of hard to categorize, because they include such a huge range of items.

02:43 From engraved ivory tusks to brass sculptures to plaques.

02:48 But they were all produced here, in the Kingdom of Benin in present-day Nigeria.

02:53 This wealthy and industrious kingdom produced thousands of objects and art pieces starting in the 1500s.

03:01 A lot of the items adorned palace walls and were used for religious rituals.

03:07 They were visual archives of the kingdom in a society that did not develop written script as we know them.

03:18 That’s Professor Chika Okeke-Agulu, an art historian and professor from Nigeria who teaches at Princeton University.

03:25 They told their history, how they narrated the histories of kingship of the kingdom. Its political and social life.

03:43 At the time, European colonial powers were expanding south, in what was called the “Scramble for Africa”.

03:49 They split up the continent into spheres of influence for financial exploitation.

03:54 All these pink areas were the British ones.

03:57 Benin, over here, was in Britain’s sphere of influence.

04:00 But the kingdom didn’t comply with Britain’s trade demands.

04:09 Where Benin guards killed seven British emissaries, plus their many guides and servants.

04:15 In response 1,200 British troops embarked on a mission called the “Benin Punitive Expedition”.

04:21 The British wanted revenge, but the mission was about more than just that.

04:26 There were reports of these vast treasures in the palace of the king of Benin, and that if they could retrieve these treasures, sales from it could offset the cost of the invasion This was all well planned.

04:45 And so the punitive expedition, in other words, was also an economic enterprise.

04:52 The British soldiers armed with machine guns conquered the city and burned it to the ground.

04:58 But not before carefully taking thousands of artifacts.

05:01 They piled them up neatly, photographed them and even labeled them “loot”.

05:06 This photo, taken at the Benin palace after the raid, shows soldiers with the dismantled plaques that were brought to the British Museum, and sold all over the world.

05:17 And after hundreds of years, the once prosperous kingdom was gone.

05:22 The region fell under full British colonial control until 1960, when Nigeria, including the City of Benin, gained independence.

05:31 But even though they were finally free, their historical artifacts were still spread all over the world.

05:36 Locked up in western institutions, like the Leipzig Museum of Ethnology in Germany and the Quai Branly Museum in Paris.

05:53 That was my first time seeing an original ancient Benin artwork.

06:05 Being in the presence of these magnificent objects and knowing that I had to travel all the way from Nigeria to see these objects for the first time…

06:18 At the achievement of these ancient artists.

06:22 And anger. Mixed with a sense of loss, at what could have been if I only had to travel a few hundred miles.

06:32 But at this point, you’re limited to those privileged like me who could get a visa to travel all the way from Nigeria to England to encounter these objects.

06:48 Most Nigerians will never see them.

06:59 They officially requested “all cultural property illegally taken… be returned to the rightful owner”

07:05 But for the most part the British Museum has ignored any requests.

07:10 The museum is restricted by a government act that prevents it from returning objects.

07:20 “We don’t restitute but we are absolutely committed to lending as widely as possible, including to Nigeria. The Museum’s foundational value resides in its breadth, scale, complexity, and un ty and as such is a true library of the world.”

07:35 The British Museum still behaves like a colonial museum.

07:43 an encyclopedic collector of stolen objects.

07:49 But some are starting to reckon with this history.

07:52 In 2014, the grandson of this British soldier from the 1897 Benin Expedition, returned these two items he inherited to the Benin royal family.

08:07 Western museums and the Nigerian government have been discussing solutions ever since.

08:15 But as of today, none of their Benin Bronzes have been returned.

08:22 This legacy is bigger than the Benin Bronzes.

08:26 There are hundreds of similarly contested objects in the British Museum, with their own rich histories — and with original owners trying to retrieve them.

08:34 But the problem is even bigger than the British Museum.

08:37 It’s a legacy of centuries of colonial power that repeats itself again and again.

08:43 With different artifacts, in different museums.

08:46 Because these requests aren’t just about items, they are also about cultural and historical identity and who gets to own it.

09:08 We cannot wait any longer for a next generation to even begin the necessary task and project of cultural reconstitution.