Why all world maps are wrong 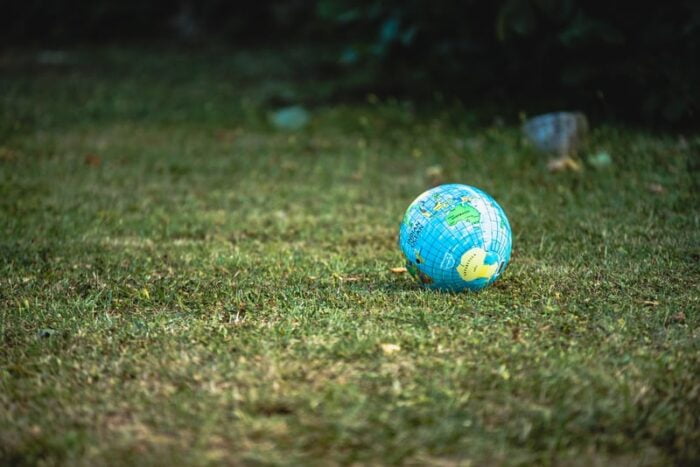 00:17 In order to get this to look anything like a rectangle.

00:21 I’ve had to cut it in places. I’ve had to stretch it so that the countries look all wonky.

00:27 And even still, it’s almost impossible to get it to lie flat.

00:34 And that right there is the eternal dilemma of map makers: The surface of a sphere cannot be represented as a plane without some form of distortion.

00:46 Since around 1500s, mathematicians have set about creating algorithms that would translate the globe into something flat.

00:52 To do this, they use a process called projection.

00:59 Imagine putting a theoretical cylinder over the globe and projecting each point of the sphere onto the cylinder’s surface.

01:07 Unroll the cylinder, and you have a flat, rectangular map.

01:10 But you could also project the globe onto other objects, and how exactly a map maker projects the globe will affect what the map looks like once it’s all flattened out.

01:20 And here’s the big problem: Every one of these projections comes with trade offs in shape, distance, direction and land area.

01:28 Certain map projections can be either misleading or very helpful depending on what you are using them for.

01:35 This map is called the Mercator projection.

01:38 If you’re American, you probably studied it in school.

01:43 Mercator projection is popular for a couple of reasons.

01:46 First, it generally preserves the shape of the countries.

01:53 But the real purpose of the Mercator projection was navigation — it preserves direction, which is a big deal if you are trying to navigate the ocean with only a compass.

02:03 It was designed so that a line drawn between two points on the map would provide the exact angle to follow on a compass to travel between those points.

02:12 If we go back into a globe, you can see that this line is not shortest route.

02:15 But it provides a simple, reliable way to navigate across oceans.

02:20 Gerardus Mercator, who created the projection in the 16th century, was able to preserve direction by varying the distance between latitude lines while also making them straight, creating a grid of right angles..

02:32 But that created other problems.

02:34 Where mercator fails is its representation of size.

02:37 Look at the size of Africa as compared to Greenland.

02:39 On the mercator map they look about the same size.

02:42 But look at a globe for Greenland’s true size, and you’ll see it’s way smaller than Africa.

02:51 If we put some dot that are all the same size on a globe, then we projected as a mercator map, we would end up with this.

02:59 The circles retain their shape but are enlarged the closer you get the poles.

03:19 If you want to see a map that more accurately displays size, you can use the Gall-Peters projection, which is called an equal-area map.

03:29 The size comparison is now accurate.

03:32 but it’s obvious that the country shapes are now stretched.

03:36 Here are the dots again so you can see how the projection preserves area while totally distorting shape.

03:45 Something happened in the late 60s that would change the whole purpose of mapping and the way we think about projections.

03:51 Satellites orbiting our planet started sending location and navigation data to little receiver units all over the world.

04:12 This global positioning system wiped out the need for paper maps as a means of navigating both the seas and the sky.

04:26 The mercator map, that vital tool of pre-GPS navigation, was shunned by cartographers who now saw it as misleading.

04:34 But most web mapping tools like Google maps still use the mercator.

04:50 But when trying to display something on a world map, cartographers rarely use the mercator.

04:57 Most modern cartographers have settled on a variety of non-rectangular projections that split the difference between totally distorting either size or shape.

05:05 In 1998 The National Geographic Society adopted The Winkel tripel projection because of it’s a pleasant balance between size and shape accuracy.

05:12 But the fact remains, that there is no one right projection.

05:16 cartographers and mathematicians have created a huge library of available projections, each a new perspective on the planet.

05:23 The best way to see what the earth really looks like is to look at a globe.

05:27 But as long we use flat maps, we will deal with the tradeoffs of projections, Just remember: there’s no right answer.

Why all world maps are wrong