The protests in Iran 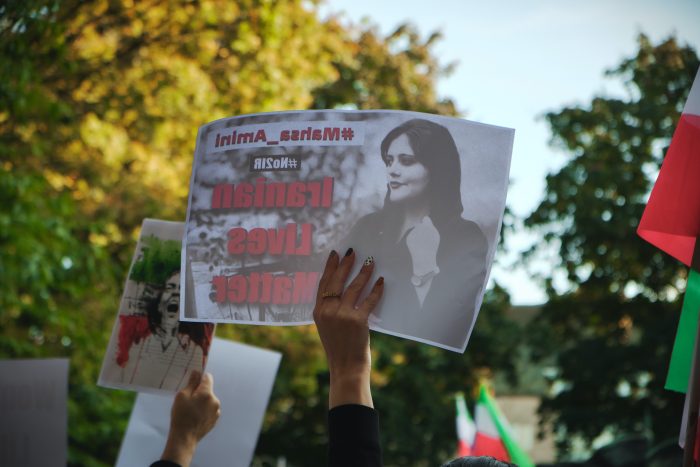 ❗Please copy and paste the following questions to Google Document and share the document with your student. It will be instantly synced while you type or paste text.

Despite a violent crackdown from security forces, protests have been going on across Iran for nearly a month.

The protests are viewed as Iran’s government’s most significant test in decades.

Why are there protests?

Mahsa Amini, 22, was killed after being detained by morality police in Tehran on September 13 for allegedly disobeying Iran’s severe laws mandating women to cover their hair with a hijab, or headscarf. She was the catalyst for the entire situation.

According to other stories, police hit her over the head with a baton. According to the authorities, she had a heart attack. Authorities produced a video showing Ms. Amini collapsing in a police station to bolster their claim, but the video and pictures of her in a coma infuriated ordinary Iranians.

After Ms. Amini’s funeral, ladies in the western city of Saqqez tore off their headscarves in protest.

The protests have grown since then, with demands ranging from additional liberties to the fall of the government.

What part do women play?

Videos of ladies cutting off their hair in public and burning their headscarves in defiance of the Supreme Leader, Ayatollah Ali Khamenei, can be seen while chanting “Woman, life, freedom” and “Death to the tyrant.”

Although some women have previously expressed their disapproval of the hijab in public, such incidents have been rare and harshly handled. The magnitude now is unmatched by anything that has come before.

Schoolgirls have also been demonstrating in playgrounds and on the streets in an unprecedented display of support.

Men and young boys have joined in huge numbers and supported the demands of the ladies.

What actions have authorities taken?

They have downplayed the demonstrations and made violent attempts to put them down.

Ayatollah Khamenei has charged Iran’s worst adversaries, the United States and Israel, with staging “riots,” which critics have criticized as being contrived.

How many fatalities have occurred?

It is challenging to independently verify the claims made by state media because the BBC and other independent media are not permitted to broadcast from inside Iran. Activists, human rights organizations, and social media help paint an image even if authorities have interfered with phone and internet service.

According to an NGO based in Norway called Iran Human Rights, security forces have killed at least 201 people, including 23 children.

Although they have denied shooting nonviolent protesters, security agents have been shown on camera discharging live ammunition into the streets.

How do they differ from earlier protests?

Millions of people protested in the streets in 2009 following a disputed presidential election. The middle class was in charge of the turmoil, which was restricted to large cities.

In 2017 and 2019, economic hardship sparked widespread demonstrations, but they largely occurred in working-class neighborhoods.

But now, for the first time, protests span dozens of cities and towns and include participants from all age groups and social classes.